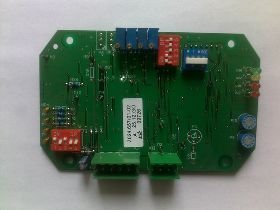 An electrical connector is an electromechanical system that provides a separable interface for connecting two secondary electronic systems without unacceptably affecting the operation of the system.

The key words in the definition are "motor system", "separable" and "unacceptable action".

The connector is an electromechanical system because it is an electrical connection made by mechanical means. As will be discussed, the deflection of the mechanical spring creates a force between the mating parts, which results in metallic contact between the mating surfaces of the interface. The reason the application connector is in the first place is the separability of the mating interface. Separability is desirable for many reasons. It allows parts or sub-systems to be manufactured independently and final assembly to take place in one main location. Separability can also allow maintenance or upgrades of parts or subsystems without modifying the entire system. Another reason for separability is portability and support for expansion of peripherals.

On the other hand, separability in the definition introduces an additional interface between subsystems, which cannot introduce any "unacceptable effects", especially in the properties of the system that cannot be affected by telecommunications, such as Unacceptable distortion and signal degradation between systems, or power loss through connectors, measured in millivolt losses, will become the main design criteria for functionality, and therefore the power requirements of the motherboard will increase.

The requirements for separability and the limits of "unacceptability" depend on the application of the connector. Separability includes the number of mating cycles, which is the force a connector must provide without affecting its performance, and the force necessary to mate with another connector. Typical mating cycle requirements range from tens of cycles for internal connectors to thousands of cycles for peripheral devices, such as PCMCIA style connectors. As the number of circuits or functions and the interconnection of connectors increases, the need for mating force becomes even more important. To provide more functionality, the location of the terminals on the connector must also be increased, resulting in higher connector mating forces. Depending on the use and function of the connector, the number of terminals ranges from dozens to thousands. Separability and mating force requirements will be discussed in detail in Section 1.5.1, and the technical level of interconnection for categorizing connectors will also be described.

We will now turn to the second method of defining connectors - structural or design/material definitions.