Introduction to the development of connector products

Introduction to the development of connector products

1. Connector products started during the Second World War and were mainly used in military industrial enterprises. With the end of World War II, the world economy began to transform into people’s livelihood. The application of connectors has been extended to various fields. Now let us briefly understand the connection. Development milestones!

2. Connector products started in 1939 during the Second World War. After the war, with the development of consumer electronics products such as televisions and telephones, connectors have rapidly expanded from their early military uses to general consumer electronics, automobiles and computers. And other information fields. 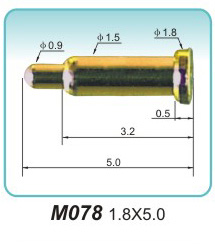 3. The development of China's connector industry is also closely related to military applications. From the nascent stage of the 1940s, the United States invested in the production of military connectors in China to equip the Chinese military in war. In 1949, the U.S. capital withdrew, and some technical equipment remained, which constituted the embryonic form of the development of China's connector industry in the future.

4. From 1950 to 1970, as the initial stage of development, China formed public-private joint ventures with private enterprises and related enterprises before the war, and established various subordinate factories, local state-owned factories, and collective factories, such as the 796 Factory, the 851 Factory, and the Eighth Factory. Factory No. 50, Factory No. 117, Zhenjiang Connector Factory, Beijing No. 9 Radio Component Factory, Shanghai No. 9 Radio Factory, etc. The main applications of the connectors produced at this time are related to the military industry and the aerospace industry.

5. In the 1980s, China implemented the reform and opening policy, and began to switch to the production of connectors for consumer electronic products for the people's livelihood. At this time, due to China's continuous economic reforms and opening to the outside world, many foreign businesses entered the mainland market for investment. In 1987, Japan Daiichi Electronics, Shenzhen SEG Electronics Group, and Shanghai Radio No. 9 Factory jointly established (Shenzhen Sandu SAS Electronics Co., Ltd.) as the earliest foreign joint venture. After the 1990s, inspired by various foreign investment policies and incentive measures of the mainland authorities, almost all connector manufacturers around the world have transferred their production bases to China, including the largest world-class connector manufacturers, such as: AMP, MOLEX, Amphenol, etc. all successively invested and set up factories in China in 1992. At the same time, many other foreign companies in the 1980s, with the rise of the personal computer industry, connector manufacturers have sprung up, including JST, KET, JAM, FCI and other manufacturers. In addition, Taiwan Kangxu, Taiwan Anpu, Taiwan Airlines International companies such as electronics have also successively come to the mainland to invest.

6. The connector industry in Taiwan also entered its infancy in the 1970s. Major manufacturers such as Xinsheng Precision, Liangwei, Ruifang Electronics, Xinyin, Zhijia, etc., mostly produce power sockets, plugs or wiring harnesses. The company is mainly based on high-end products, and the scale of the company is generally small. Even DuPont of the United States also came to China to set up factories to produce connectors. They brought advanced machinery and equipment and a relatively large-scale production system, which can be said to be a pioneer in opening the connector industry.

7. Around 1993, with the investment boom of computer factories in this land of China and the consideration of reducing costs, foreign connector manufacturers went to China to invest and set up factories one after another, which enabled the rapid development of the connector industry! Even in 2000, not only connector factories in Taiwan, Hong Kong, Japan and Europe also increased their investment in China, which made China's connector output value increase day by day, and the production scale of China's connector industry also provided customers all over the world with various industries. .

8. In recent years, the huge domestic information industry market has provided considerable space for the connector supporting market. Together with the supporting share of other industries, the annual growth rate is 15%. The communication and computer connector supporting market The development speed reaches 75% to 35%. Exports increased by 23.9% year-on-year, and imports increased by 60.4% year-on-year. Among them, connector exports reached 310 million U.S. dollars, and imports reached 543 million U.S. dollars. The gap presented reached 233 million US dollars. In 2000, the domestic demand for connectors reached RMB 9-10 billion. Communications, computers and peripherals account for more than 50%; consumer products account for about 30%.

the materials and development trends of electronic connectors!radioactive probe company

What are the technical characteristics and wiring methods of the pogopin connector on the board?

The importance of round hole pin headers!pogopin price